Who can think of a fantastic idea like this and pull it off?!?!

Who you say??? DFW Film Festival Founders etc.... That's who. Thanks to Emily Hargrove for spearheading this massive effort.

It took COLLABORATION at it's finest to do this and I feel like this is only the beginning.

Just so you understand the magnitude, there were 22 Festivals represented in the fest.  Twenty-Two!!

Sons of the Flag Film Festival

Deep in the Heart Film Festival 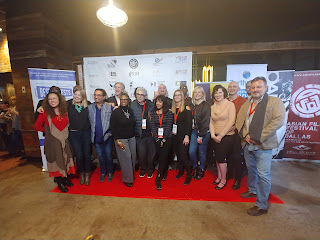 Not only did the festivals come together, but big ups to the venues who hosted including Alamo Drafthouse Cinemas, Cinepolis Luxury Cinemas, SMG and TexasTheatre.

Now to the Red carpet at the Alamo Drafthouse.  Not only is it an awesome location to host a festival at, it's an all around really nice full service theater with some really cool dining options.  Just wanted to add that. 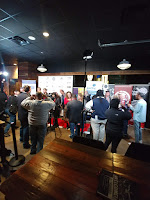 A packed house at Best of Fests!

Back to this Red Carpet event... the film makers, directors, producers, actors showed up for this one and there was a festival banner there to represent them. John Wildman of Wildworks PR, Kelly Kitchens and others did an awesome job managing this festivals interviews, red carpet, media etc...

I am Royalty Radio, a media partner, was in full force on the red carpet, and we chatted with some of the festival and film reps for some great highlights for the night.

Act of Valor by Brendan & Brian

Jaydee (I Am Royalty Radio): You said this was based on a few true stories..What does it all deal with besides him collapsing on the field?

Rob: It's a movie about he genetic heart condition that affects a few athletes every year and is usually very tragic 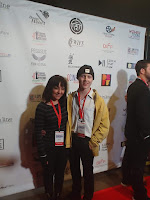 Ali (I Am Royalty Radio): I Love the idea that you put together a film festival that represents students 18 and younger, what does that feel like when you're teaching your students and they are in a film festival and putting together and producing something special?

Niloo: It Gives Me a Reason to Live!!! ...It is just the most amazing experience.. EVER!

Jaydee (I Am Royalty Radio): What does Mosca come from?

Lizette: Its a spanish word for "Fly".  It's a movie about a girl who pursues a boy....but realizes it's her cousin!!!!!

Lizette: It's her cousin...

Ali (I Am Royalty Radio): How was it, making this film on the border, the Rio Grande Valley

David: It was great. That's where I grew up. So I knew how to get around.

Ali: You knew were all the knooks and crannies were

David: Despite what they say about the Rio Grande Valley, it's a pretty safe place.  It's not a crazy place. 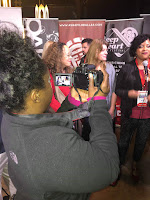 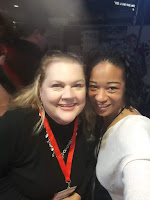 And Feature film for the night was the controversial, mind boggling, crazy TRUE story... Abducted in Plain Sight. Directed by Skye Borgman 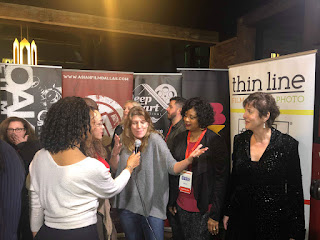 It is a situation many of us would be lucky to survive.  The story takes place in 1974 and is  about a man, Robert Berthold aka B,  who abducted a little 12 year old girl, Jan Broberg, with almost no effort not once, but two times!! Right under the parents watchful eye. Folks This is the true story.  He "B" was attractive, charming, patient, yielding and as the story is told, an undercover manipulator..  So how did he do it? How could he do it?  Who knew? Why did it take so long for anyone to look for her? How did Jan deal with this and how could it happen twice?

The plot thickens like mashed potatoes when the milk is drying up. Get your Big Spoon for this one.

Skye spent 5 years digging into this story to bring this to the screen.  It was amazing, eerie and jaw dropping to watch as each onion layer gets pulled back. The parents shared things with Skye as she dug deep into their lives to understand how such a thing could happen.

Ali (I Am Royalty Radio) to Skye: Without giving it away, what are you really hoping, people take away from Abducted in Plain Sight?

This is a much see film.  Major Eye opener.  Great Job Everyone! 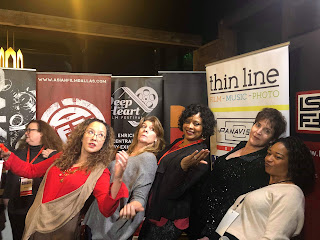 Ali Carter of  I Am Royalty Radio